The 38th Annual EAU Congress will take place at:

Note: The main entrance for EAU23 is the South Wing entrance
The venue can be accessed from Gate 2 and Gate 16 via the pedestrian entries.

Travelling From or to the Airport

There are three airports near Milan: Malpensa, Linate and Orio al Serio (Bergamo).

Take the Train
Malpensa Express from Malpensa Airport to Milano Centrale (main rail station). Timetable and prices. Around €13 for a 55min ride directly to the city. The train station is located in Terminal 1 on level -1. If you land in Terminal 2, there is a free shuttle bus connecting Terminal 1 with Terminal 2 every 20 minutes 24 hours a day.
Taxi is possible; the fixed fare is €90 to Milan city centre.

A taxi from Bergamo airport to Milan city centre is expensive, it’s advisable not to take a journey on the meter but to negotiate the price with the driver. Some driver may refuse and insist on a meter price, others may accept a fixed price of about 100 euros.

Travelling by Metro / Subway to MiCo 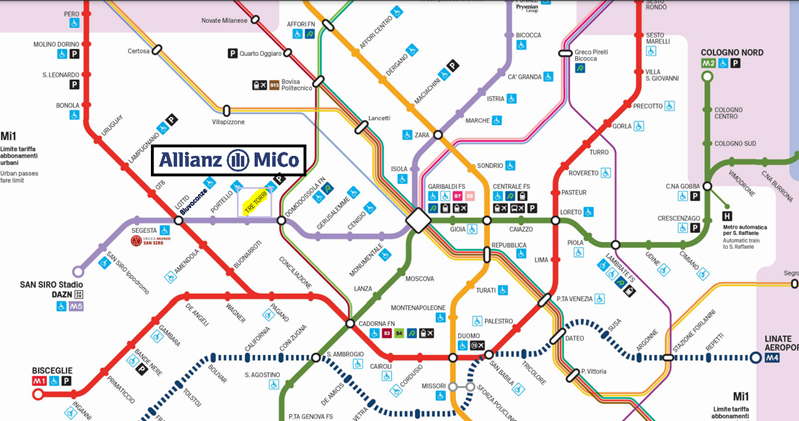 The metro stop near main entrance of the EAU23 at the MiCo is Tre Torri. Metro Line M5 (purple) to San Siro Stadio will take you from Garbaldi to MiCo (Tre Torri) in just a couple of minutes and stops in front of the MiCo complex

There are a lot of taxis in Milan and at every major metro station, there are taxi stands. The MiCo has taxi ranks laid out to facilitate the arrival and departure of visitors.

From any of the ring roads circling Milan follows the signs to Fieramilanocity MICO – Milano Congressi, Gate 16 , or to any of the large Park & Ride car parks located close to these Metro stops:

In Milan there are 24 taxi accessible to people with disabilities set up to accommodate a wheelchair and load it with automated systems. These vehicles can be booked by calling the following numbers +39 028585, +39 026969 and +39 024040.

Present your research for a large audience