Prof. Allen Gao is one of the authors of the abstract “Inhibition steroid sulfatase suppresses androgen signaling and improves response to enzalutamide,” which won the EAU20 Best Abstract Award Oncology. This article reflects its highlights.

Most prostate cancer (PCa) patients who receive enzalutamide (enza) or abiraterone (abi) eventually develop drug resistance. Emerging clinical evidence showed the serum levels of steroids, particularly dehydroepiandrosterone sulphate (DHEAS) and the biologically active dehydroepiandrosterone (DHEA) catalysed by steroid sulfatase (STS), are still in the high range and may serve as an ample pool of precursors for androgen synthesis despite of abi treatment.

In this study, we determined the contribution of STS to treatment resistance and explored the potential of targeting STS overcoming resistance in PCa cells. We found that STS is overexpressed in castration-resistant prostate cancer (CRPC) patients and resistant cells. Overexpression of STS increases intracrine androgen synthesis, cell proliferation, and confers resistance to enza and abi.

These studies suggest that STS plays a critical role in PCa proliferation. Targeting this enzyme could be a viable strategy in treating CRPC and improving the second generation anti-androgen therapy.

Targeting androgen signalling via androgen deprivation therapy (ADT) has been the mainstay of clinical interventions in PCa. While initially effective, most men experience only transient benefit from these interventions before developing CRPC, which is currently incurable.

Enza, abi, and most recently apalutamide (apal) and darolutamide (daro), the second-generation antiandrogen drugs are approved for the treatment of CRPC. Even though these treatments have initially shown their efficacy, resistance frequently occurs. This is the most common cause of treatment failure. Better understanding of the mechanisms that confer resistance is urgently needed to design more effective treatments in overcoming resistance and improving therapies.

While AR mutations, amplifications, and overexpression of its variants such as AR-V7 have been suggested to play important roles in promoting CRPC progression and induction of resistance to enza and abi therapy, the mechanisms associated with resistance to these treatments are still largely unknown.

Intratumoural androgen biosynthesis is well characterised as a mechanism of CRPC1-4. Many enzymes are involved in androgen synthesis, including STS. CYP17A1, another androgenic enzyme, can be inhibited by abi in clinical treatments5,6. However, androgen synthesis inhibition by abi is incomplete, suggesting sustained steroidogenesis in addition to CYP17A1 contributes to resistance7-9. STS may contribute to this sustained androgen production even in the presence of abi (see Figure 1). 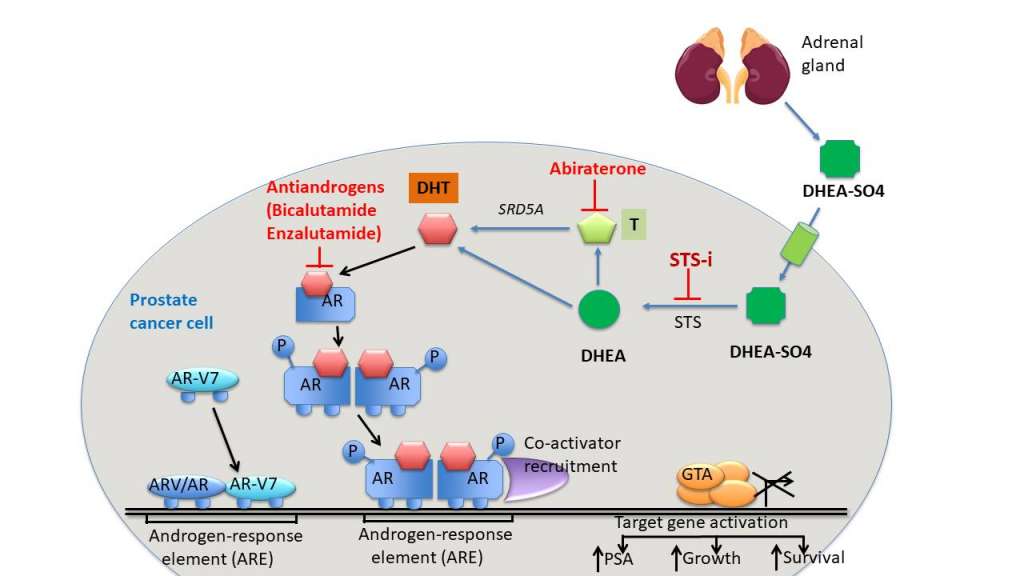 Figure 1: Sustained androgen production by STS in the presence of abi

DHEAS conversion to DHEA by STS
DHEAS is present at plasma concentrations up to 500 times higher than testosterone and can potentially be transported into PCa cells via organic anion transporters. Once into the cells, DHEAS can be desulphated via endogenous STS into DHEA. DHEA can then be used as a precursor to synthesise into testosterone (T) by hydroxysteroid dehydrogenases and into dihydrotestosterone (DHT) via 5α reductase.

STS is present in most of the PCa specimens10 and its expression is increased in CRPC. Therefore, conversion of circulated DHEAS to DHEA by STS is believed to be an alternative source of androgen which cannot be inhibited by abi. Thus, DHEA is a major source of tumour androgens for prostate cancer and DHEAS is the most abundant steroid in male circulation.

In PCa patients treated with the nonspecific CYP17A1 inhibitor, ketoconazole, or the specific CYP17A1 inhibitor, abi, significant circulating DHEAS concentrations were still present (~20 μg/dL, which is about 2000 times higher than castrate levels of testosterone), suggesting that DHEAS could act as a depot for further downstream androgen formation via desulphatation12. These clinical data suggest the importance for exploring STS inhibition to prevent DHEAS conversion to DHEA.

We provided experimental evidence suggesting that STS is overexpressed in CRPC cells. Overexpression of STS increases cell growth and confers resistance to anti-androgens. In addition, we have identified several novel small-molecule STSi.

Targeting STS activity with STSi inhibits STS activity, suppresses AR transcriptional activity, reduces the growth of resistant PCa cells, and enhances enzalutamide treatment in vitro and in vivo. These results suggest that STS plays a critical role in PCa progression and that targeting STS could be a viable strategy to treat CRPC.

Sign up now for EAU20 Virtual to attend Prof. Allen C. Gao’s, and other abstract winners’, presentation this Saturday!